Once upon a tarot there was this person, quite naive, I’ll tell you, who wanted to give a leap of faith.

Many people thought that he was a fool for not knowing exactly where he was heading. You see, he didn’t have a clear plan of things, and that just seemed delusional to others. “There has to be a goal in life”, they thought. “You need to know where you are heading, what the results will be, and the exact time it takes to reach them”, they told him. Only, that was not how it worked for The Fool. The only thing he really knew was that he had to go … somewhere. But certainly away from where he was.

But, just maybe, people were wrong about him. Maybe he did have an idea of where he wanted to go! So he packed a little bundle of goods, and with plenty of optimism and wonder he started his journey.

A little furry dog, knowing that The Fool was an eccentric, carefree fellow, decided to follow him. The little dog was determined to remind The Fool that the path  to achieve his highest goals was not always easy. In fact, most likely, he would find plenty of setbacks in his new adventure.

One of the first obstacles they came upon was an abyss. Would that abyss be a delay to his new destination? Or was that a trap, of his own mind, dragging him back to a previous, unfruitful situation?  One which he was trying to leave behind.

The Fool and his little companion knew that an old cycle had been completed, and a new one had begun. To not fall back into that unfruitful situation meant that he would have to take yet another new path. It was an unknown path, but he had confidence that each stepping stone would be presented to him at the right time. He had to trust something bigger than himself.

In tarot, The Fool card is numbered 0. The Fool doesn’t really have a set place in the Major Arcana. He is the one undertaking the journey. What and who he finds on the way is represented by the other cards. Because of this, The Fool can represent the querent. But not always. It can also represent someone the querent is interested in.

The Fool is always trying to see things through a new perspective. He longs for new experiences and adventures; but too often he runs from his responsibilities. That is why he is also associated with a “player”: someone who is in a relationship just for the fun of it. Without really caring for, or wanting, commitment.

If you are looking for just a good time, this is your guy or girl; but if you are interested in a more committed relationship, then you’ll have to look how this card is placed in relation to other cards in a spread.

If this card is about you, it might be indicating that this is a good time to let something go, and start something new, something fresh. Just make sure you have that little furry companion (some people call it gut-instinct, others call it I-knew-deep-inside-that) always with you, and make sure you listen to it when it is calling your attention. It might be just showing you a better way; but certainly, a way forward.

Happy you stopped by! 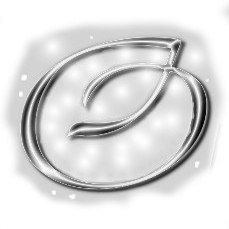